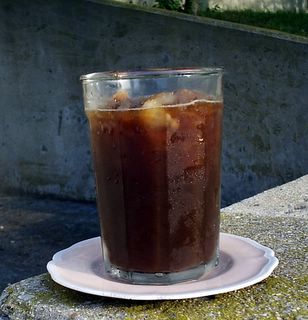 Strong tea can be used to plump dried fruit prior to cooking or baking. Pruneaux is made by plumping the prunes in a strong tea over night. This now fruit-flavored tea can be used as a drink over ice, as a base for sorbet, or even used to deglaze a pan to get all the flavor incorporated into a sauce. Fruit-flavored tea adds an indefinable ingredient--give it a try
Posted by Carolyn at 8:02 AM No comments: 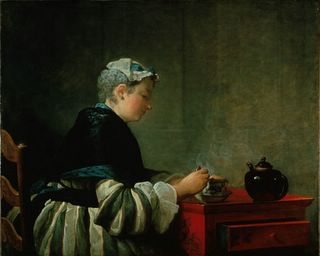 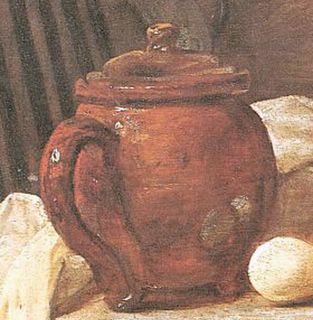 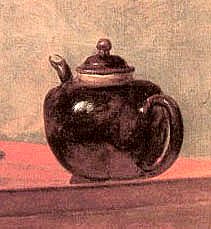 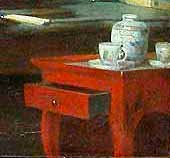 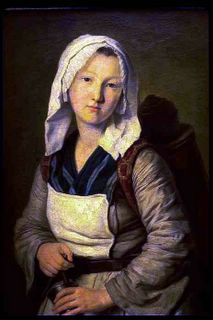 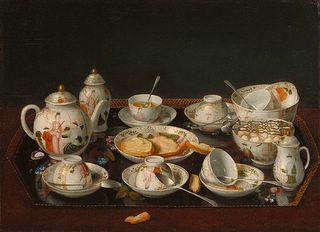 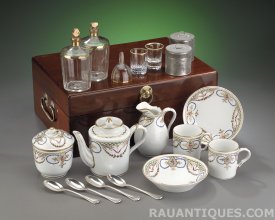 "One of the most commonly believed, and nicest stories, is that the name nougat evolved from France where an elderly lady combined almonds, egg whites, honey and sugar as a treat for local children. As the first nougat maker the children began to call her Tante Manon, tu nous gates (meaning Aunt Manon, you spoil us) and hence the word nougat is said to have first originated from this name. While the French believe nougat first originated in 1650 when the almond tree was introduced to the Montelimar area it is probable that nougat has been around far longer although carrying a different name. It seems nougat has been around for more than 500 years in the Middle East and probably paralleled the development of marzipan and other delicious desserts. Even before the birth of Christ the Greeks were praising the gastronomic value of a mixture made with almonds and honey".

Put the sugar, honey, and water together and cook until a hard crack ball will form when dropped in cold water. Beat the egg whites until stiff and pour the hot syrup slowly into them, beating constantly until the mixture grows too stiff to beat. Then fold in the brandy and nut meats. Mix well and pour onto a marble slab. When it is cool, cut in squares or rectangles. (If you do not have a marble slab, pour nougat onto pain azyme (rice paper or wafer paper) and place another sheet on top and weight with a board until cool.)

Depending upon the flavor of honey and type and shape of nuts (broken, toasted, ground) used, each batch of nougat will taste differently. Nougat is a traditional sweet eaten at holiday times.
Posted by Carolyn at 9:09 PM No comments:

Email ThisBlogThis!Share to TwitterShare to FacebookShare to Pinterest
Labels: Confiserie

Layer fruits with their weight in sugar into a sealable jar and pour 40 proof (or more) alcohol over the fruit. Marc, eau de vie, armagnac, kirsch are all good alcohols to use. You can continue to add fruits and sugar, but always make sure the alcohol covers all. Seal the jar and set in a dark, cool place; shaking the jar occasionally to help dissolve the sugar.

The melange of fruits and their resulting liqueur can be used over iced creams or custards, or just served in a glass with after dinner coffee.
Posted by Carolyn at 5:43 AM 3 comments: 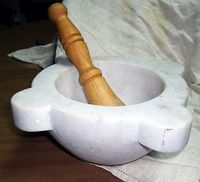 Kitchens can be a bête noir or a paradise, depending upon one’s stock of kitchen utensils—those implements that go beyond a mixing bowl, a frying pan and a butcher knife. Sam asked for a recommendation for an item she “cannot do without.” My immediate response was I couldn’t be without my food processor, more commonly known as a mortar and pestle. With my lovely marble mortar, I can pound garlic for aioli or grind herbs and spices to add just the right nuance to my latest sauce.
Posted by Carolyn at 8:42 PM 1 comment:

Radishes, if harvested regularly, do not take on that pithy, extra hot texture and taste. For a fresh, country taste slice radishes over a slather of butter on crusty bread and sprinkle on a pinch of salt. A great taste for a snack or picnic treat.
Posted by Carolyn at 10:08 AM No comments: